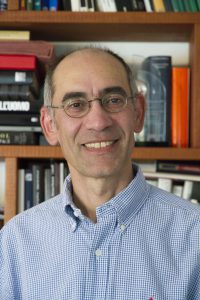 Prof. Dr. Francesco Ricci is full professor and dean of the Faculty of Computer Science, Free University of Bozen-Bolzano (Italy). F. Ricci has established in Bolzano a reference point for the research on Recommender Systems. He has co-edited the Recommender Systems Handbook (Springer 2011, 2015), and has been actively working in this community as President of the Steering Committee of the ACM conference on Recommender Systems (2007-2010). He was previously (from 2000 to 2006) senior researcher and the technical director of the eCommerce and Tourism Research Lab (eCTRL) at ITC-irst (Trento, Italy). From 1998 to 2000 he was system architect in the Research and Technology Department (Process and Reuse Technologies) of Sodalia s.p.a. F.Ricci has participated to several international research projects such as: RECOM (funded by Deutsche Telekom), etPackaging (funded by ECCA), European Tourist Destination Portal (funded by European Travel Commission), Harmoten (funded by IST), DieToRecs (Intelligent Recommendation for Tourist Destination Decision Making, funded by IST). Francesco Ricci is author of more than one hundred fifty refereed publications and, according to Google Scholar, has H-index 51 and around 15,000 citations.

RecTour 2019 will be a half-day event held in conjunction with ACM RecSys 2019 in Copenhagen, Denmark.